Back to all posts

'Echoes from the Past' review! 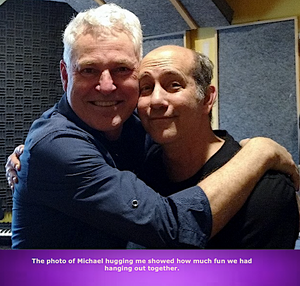 Check out this recent review of the Michael Fix & Richard Gilewitz album Echoes from the Past. There's a great interview with Richard, as well.

On Echoes From The Past, Richard Gilewitz and Michael Fix prove to be a most creative and stylish guitar duo. Guitar album listeners that thrilled to recent Gilewitz classics such as Sharky, his 2019 album with fellow guitarist Tim May, as well as his 2011 album Tasmania Live and his 2008 Christmas tribute album Strings For A Season, will find much to also like about the 2022 release of Echoes From The Past.